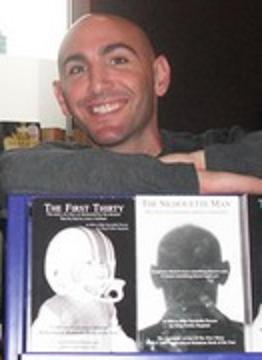 Jefferson Award for Public Service honoree Greg Forbes Siegman will speak tomorrow (Wednesday) at a Black History Month assembly for CFS Middle School students. As a follow-up to the January 28th visit by Peace Corps Director Aaron S. Williams and his speech on world affairs, Greg will also meet with selected Upper School classes to discuss the ways in which they can make a global impact on the local level.

Greg is the real-life inspiration for The First Thirty by Jilip N. Paxson The book, which was honored as the NSDLC 2007 Multicultural Relations Book of the Year, tells the story of a young person's efforts to build bridges in the diverse world outside his window. A former educator, he has served as Scholar-in-Residence for programs in the US, Canada, and Africa. When he was 27, Good Morning America buried a Time Capsule that chronicled his efforts to break down racial and cultural barriers in his community.

Please enter your email address and your username/password will be sent to you.