Exploring the Roots of Quakerism in England’s Lake District

In the footsteps of George Fox, find adventure, learning, and reflection in community.

The 2018 Quaker Journey Planning Committee invites interested F/friends to join us for a 22-29 July 2018 trip to Quaker meeting houses and other historical sites in England. Retrace the 17th-century footsteps of George Fox, founder of the Religious Society of Friends--and of Margaret Fell, an early supporter and later his wife--through the beautiful Lake District of northern England. In addition to being a spiritually nurturing experience for us individually, the Journey is a wonderful way to deepen relationships and build a stronger sense of community among F/friends and Friends institutions.

British historian and Quaker Roy Stephenson will guide our week in Cumbria. You can see his reflections about the power of experiencing "1652 Country" in this 2010 article.

The trip runs Sunday 22 July to Sunday 29 July 2018. Some participants may schedule additional travel in Europe before and/or after the specific trip dates.

The trip fee will include all lodging and meals at Glenthorne Quaker Conference Centre and Guest House and ground transportation to and from the Manchester airport and to and from historical sites. It will also cover entry fees, tour guides, and gratuities. Airfare will be additional.

We anticipate at least one pre-trip potluck and informational meeting to which all participants will be invited (we can include anyone at a distance via Google Hangout, Skype, or Zoom). We also expect at least one post-trip potluck open to all travelers.

Please learn more in the Itinerary and in the slideshow at right.

If you need an additional enticement, take a look at the beautiful photos in this UK newspaper story, 10 Reasons Why You Should Visit the Lake District!

For many years, Philadelphia Yearly Meeting (PYM) has sponsored Quaker Pilgrimages to England. For the CFS staff members who'd participated, the Pilgrimage was an unparalleled experience that continued to have an impact deepening their appreciation of our Quaker roots and practices.

In Spring 2012 a group--Cesanne Berry (Durham Early School head), Charlie Layman (Lower School teacher and staff clerk), and Natasha Shannon (Lower School art teacher), with organizing support from Lynn Drake (CHFM) and Nikki Vangsnes (DFM)--felt led to consider whether we might be able to replicate the experience for interested F/friends in our local Quaker communities using the same Quaker retreat facilities, itinerary, and contacts in England. They were delighted that PYM organizers were willing to share all their information and help facilitate connections with “1652 Country Pilgrimage" planners in England.

The significance of the experience seemed to call for another such experience, so we're now preparing for Summer 2018. Won't you join us?!

Anthony returned to Carolina Friends in August 2009 as the first Director of Advancement, responsible for alumni, parent, and grandparent relations; development; communications; community partnerships and outreach; and other aspects of the School’s external relations. In 2016-2017, he transitioned to the new Director of Extended Learning role, supporting after-hours, summer, and other enrichment programs for students, adults, and families. An Arkansas native, he earned baccalaureate degrees magna cum laude in International Relations and History and an Asian Studies Certificate at American University and then completed an M.A. in History and received Phi Beta Kappa honors at Emory University. Anthony has worked as a teacher--in subjects including U.S. history, government and politics, debate, and economics--and as a college counselor at four schools (including Carolina Friends from 2002-2005). He's grateful that his own children, Isak and Emerson, have been nurtured by Quaker values and dedicated teachers at CFS.

Lynn has always been passionate about teaching math, writing, and cultural geography, and feels very much at home at CFS as she was born in Nelson, Lancashire, in the shadows of Pendle Hill, a cornerstone place in the history of the Quaker movement. She and her husband John have a son, Leon, and they enjoy traveling whenever the opportunity presents itself. If neither John or Leon are able to travel with her, Lynn has been known to take her Scottish Terrier, Lewis, with her to Europe given that he is the proud owner of a European Union Pet Passport!

Lynn grew up working in her parents’ fish, fruit, and vegetable shop in the 1950s in the days when British money was not based on the decimal system, and calculators had not been invented. She has always maintained that those experiences shaped her world-view and trained her to think mathematically. Her formal post-secondary education took place at St Martin’s College in Lancaster, England, and she then taught in Pietermaritzburg, South Africa for four years. She and her husband came to the U.S., to State College, Pennsylvania, in 1978 where Lynn worked as a Special Education Teacher and as a Young Adult and Children’s Librarian for the County. She undertook a second Education / Math degree and a Masters Degree in International Affairs and Linguistics at Ohio University, prior to moving to Morgantown, West Virginia. There, a group of parents asked her to start an alternative elementary school, and to create and oversee its growth from an initial KG class to a Pre-K through 6th-grade program. Lynn later moved to The Lexington School, in Lexington, Kentucky, and then to the Duke School in Durham before beginning work in the Forest Class at Carolina Friends School. She has come full circle.

Nikki served on the planning committee for the 2013 Quaker Journey and is enthusiastic about joining as a trip leader for the 2018 Journey to "1652 Country." Since 1985, Nikki has been active in the Durham Friends Meeting where she has served in various capacities, including clerk of the Meeting. Currently she is clerk of the South Region Executive Committee of the American Friends Service Committee. Nikki is also a member of the Carolina Friends School Board of Trustees and parent of three alums. Since 1999, she has worked as the Associate Director of the Trent Center for Bioethics, Humanities, and History of Medicine at Duke University. 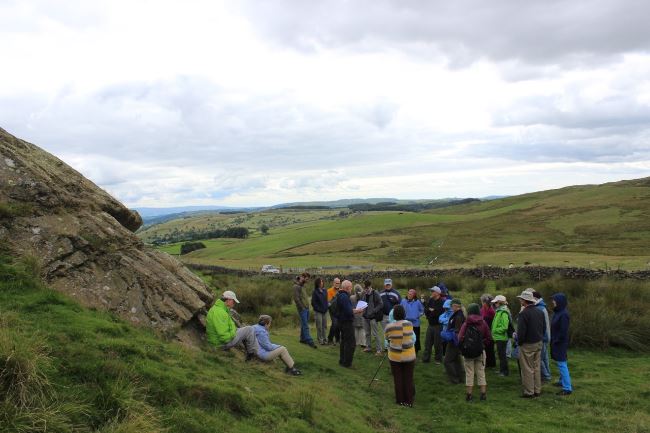 Our physical campus is closed to all but essential personnel and service providers, but we are engaging our Early through Upper School students in distance learning through the end of the school year. The spring athletic season has been suspended indefinitely. Our administration continues to operate remotely. We're only an email away!

Our Summer Programs will be offering virtual programming for at least weeks 1-3, June 15 through July 3. Information will continue to be updated at www.cfsnc.org/summer.

To view a collection of resources and the latest updates from Carolina Friends School related to the coronavirus and COVID-19, visit www.cfsnc.org/coronavirus.