Exploring Civil Rights Struggles, Past and Present, in the South

Because of the challenges of the COVID-19 pandemic, we have to cancel the 2020 tour. Please continue to read about it and share your interest with Anthony so you can be included for 2021!

This six-day/five-night experience is open to individuals within and beyond the CFS community, including educators in schools and colleges as well as members of Friends meetings and other interested adults.
Experience civil rights history in Atlanta, Tuskegee, Montgomery, Selma, and Birmingham; explore contemporary issues of race in our country; and meet change-agents working to make a difference.
On our comfortable charter bus, enjoy music of the movement, see documentaries and film clips, and learn from our experienced tour leaders (a long-time historian and an award-winning film-maker).
Be educated. Be challenged. Be inspired. By where we go, what we learn, whom we encounter--and by your fellow travelers.
Here's a one-page flyer you can share with a friend.
Questions? Please email Anthony and Ruthie at ExtendedLearning@cfsnc.org.
We'd love to have you and a diverse group of participants "get on board" for this powerful personal and community journey.
We have some funds available to help CFS staff members' participate and, thanks to a generous CFS donor, also for educators in charter and traditional public schools as well as Quaker schools who couldn't afford to go without partial support.

We leave Saturday morning by charter bus from Carolina Friends, arriving in Atlanta in the afternoon for a visit to the National Center for Civil and Human Rights.

We tour Friends School of Atlanta and enjoy dinner there with staff from the South Regional office of the American Friends Service Committee, the social justice arm of American Quakerism and recipient of the Nobel Peace Prize, and learn about the Atlanta Economic Justice Program and other efforts to address contemporary societal issues.

We overnight at the iconic Hyatt Regency Atlanta, with its famed Polaris rotating lounge.

Although the buildings are closed on a Sunday, we stop at the Tuskegee Airmen National Historic Site to see Moton Field and some 20 "wayside exhibits" about this flight training base for the pioneering African-American pilots of World War II.

We visit Tuskegee University, founded by Booker T. Washington and now a National Historic Site, to meet with members of the Tuskegee community about their lives and experiences.

We'll be in a Montgomery hotel near the riverfront, historic sites, and downtown nightlife for our two days in Alabama's capital.

Today we explore the Civil Rights Memorial Center, where we can add our names to the Wall of Tolerance and run our fingers across the memorial, brought to life by Vietnam Veterans Memorial designer Maya Lin and proclaiming Dr. King's well-known paraphrase of Amos 5:24--We will not be satisfied until justice rolls down like waters and righteousness like a mighty stream.

We see the powerful new Legacy Museum and National Memorial for Peace and Justice.

We learn about the work of Bryan Stevenson's Equal Justice Initiative on issues from the death penalty to children in prison.

If our schedule allows, anyone interested can enjoy a home game of the minor league Montgomery Biscuits(!) in Riverwalk Stadium, a converted century-old train shed in walking distance from our hotel.

We continue to Selma, where we see Brown Chapel A.M.E. Church, a center of community organizing; tour the National Voting Rights Museum and Institute; and cross the Edmund Pettus Bridge, retracing part of the Bloody Sunday march of 1965.

On to Birmingham, we settle in for two nights at the iconic Tutwiler Hotel, with over 100 years of history.

At the Alabama Jazz Hall of Fame in the newly-renovated Carver Theatre (opened in 1935), we feel the beat of the music that played a role in civil rights struggles.

We walk across the street to explore the Birmingham Civil Rights Institute.

We journey back to Durham, continuing our on-board programming and sharing reflections on the journey and our individual commitments moving forward.

We anticipate at least one pre-trip potluck and informational meeting to which all participants will be invited.

We also hope interest warrants at least one post-trip potluck open to all travelers.

We're glad to try to include anyone at a distance via video-conferencing.

We'll be adding specifics about some of the special guests who'll join us along the way--from heroic foot soldiers in the civil rights movement to today's bold young activists.

Look too for added information along the way about Dreamland BBQ and some of the other distinctive local food experiences we'll enjoy.

In addition to our major stops outlined above, we'll also be pointing out (if not always visiting) other sites.

And, we'll have some evening opportunities for reflection and sharing.

Anthony returned to Carolina Friends in August 2009 as the first Director of Advancement, and in 2016 became the School's first Director of Extended Learning, which includes Summer Programs, Extended Day, after-school classes and music lessons, travel opportunities, and other enrichment options for students, adults, and families.

Much of his research and teaching has focused on the intersection of politics and culture--especially race--since World War II. An Arkansas native, he helped create and lead civil rights bus tours of the South for high school students and in 2016 and 2019 Durham civil rights experiences for CFS staff.

Anthony has served in leadership and advisory roles for various professional organizations and non-profits, including Student U, Junior Leadership Durham, Youth Leadership Tulsa, Youth Services of Tulsa, GLSEN, Habitat for Humanity, and the Southern and National Associations for College Admission Counseling.

A CFS alum parent of two, Anthony participated in the 2013 Quaker Pilgrimage to northern England and helped organize the similar 2018 Quaker Journey.

He directed and produced The Prep School Negro, in which he’s shown wearing a red Carolina Friends School sweatshirt! He’s visited CFS and over 350 other schools, colleges, universities, and conferences with the film and related activities. André served as producer on the documentary I’m Not Racist…Am I?, which Carolina Friends screened as its first Beloved Community program in Spring 2015.

He received a 2013 Fellowship from Colorlines.com (a division of Race Forward) and was tasked with directing and producing the 12-month Life Cycles of Inequity: A Colorlines Series on Black Men. André spent the summer of 2016 developing a multi-part series for Part2 Pictures (Showtime, Oprah Winfrey Network, CNN, HBO) for a national broadcast. He partnered with Spike TV to create The Election Effects Project, in which six directors from around the country were selected to find and tell stories of how junior and high school students were responding to the 2016 presidential election.

André partnered with Shine Global (War Dance, Inocente) to create a feature documentary about incarcerated youth who create art to fight recidivism in Richmond, Virginia and is in development for a narrative feature film about the life of Bayard Rustin. He also teaches Filmmaking at his Philadelphia alma mater, Germantown Friends School.

André serves as a member of the Board of Directors for Ready Willing and Able: The Doe Fund, Inc. and on the Jury for the Oscars© Student competition. He has also served as jury member and panel participant for numerous film festivals and been a Reader for The Gates Millennium Scholars Program as well as a speaker at The Gates Millennium Scholars Program Leadership Conferences. 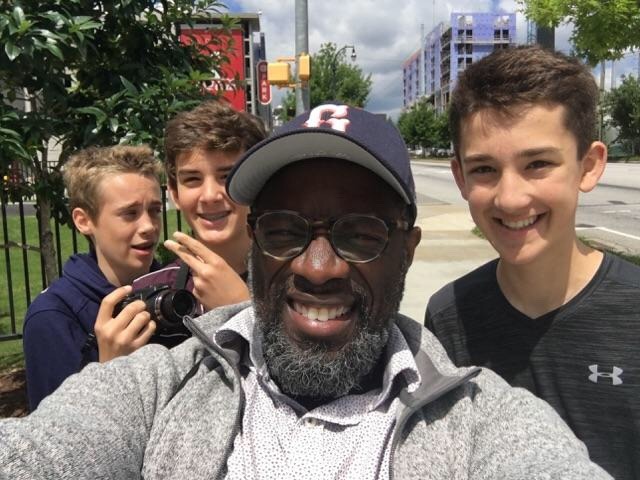 Here's what participants had to say the last time we had such a tour....

I’ve always been interested in the Civil Rights Movement, but there is no substitute for actually walking the Bloody Sunday bridge, standing on the corner where Rosa got on that bus, and visiting the church where Martin Luther King, Jr. grew up. It’s an experience that will change anybody’s life, no matter how much or how little you already know about the Movement. First-Grade Teacher

The past came alive for us, tears fell, and lives changed. I gained incredible knowledge…and made a commitment to work for justice, equality, and human rights in whatever ways I can. Everyone should take advantage of this transforming journey. Learning Specialist

This is a powerful trip that should be experienced by as many people as possible. High School Math Teacher

I now feel more authentic in my effort to join with others to do what my heart always wished to do. What a gift. Alumni Affairs Director

* individual rooms will be available for a $495 supplement

The tuition doesn't include:

A $500 deposit is due at the time of application and refundable if we can fill your space.

The balance will be due Friday 1 May. We're glad to work with you on alternative payment plans.

You can print the relevant application pdf for handwritten completion or complete it electronically for printing.

For questions or other assistance, please contact Anthony at 919.383.6602 x*263 (please dial the *) or ExtendedLearning@cfsnc.org.

Thanks for your interest in this powerful journey of discovery! 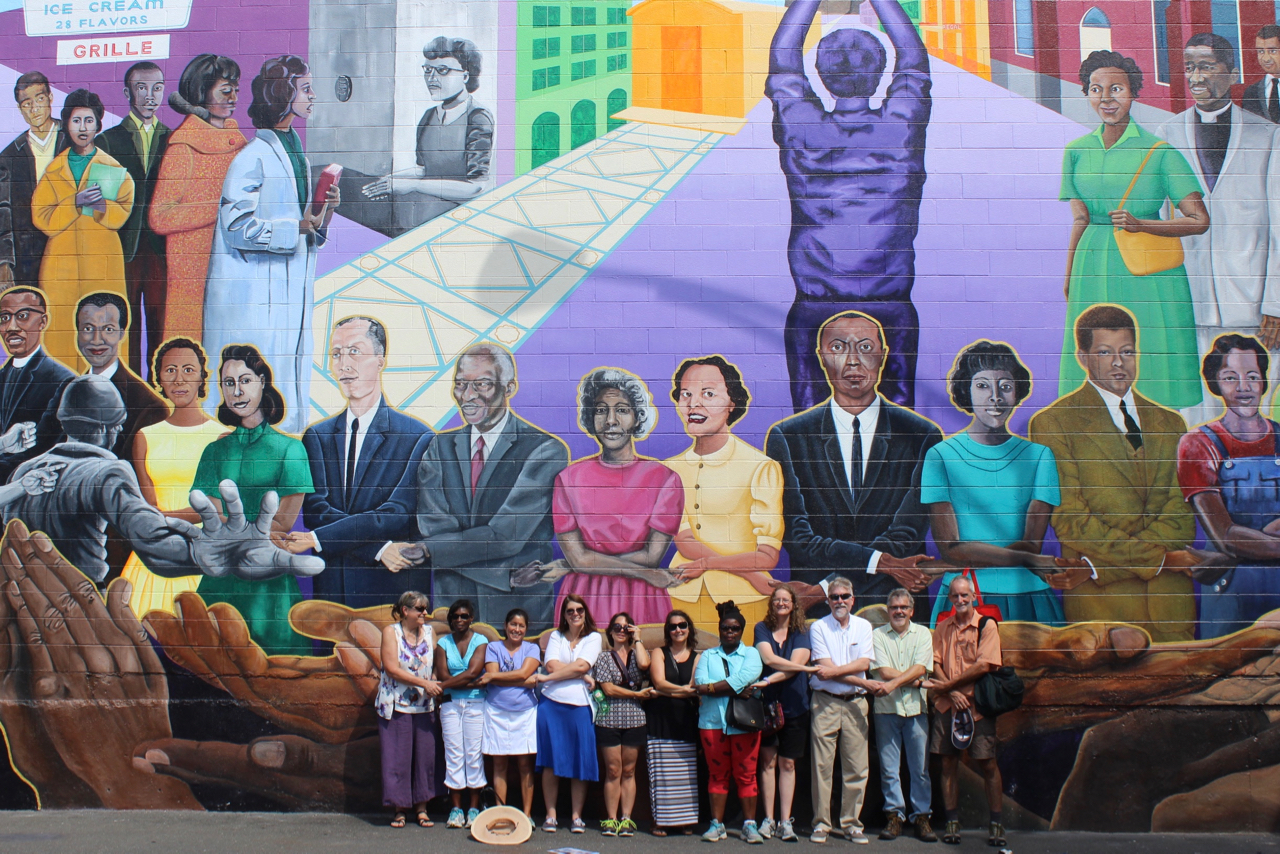 Application for All Other Participants 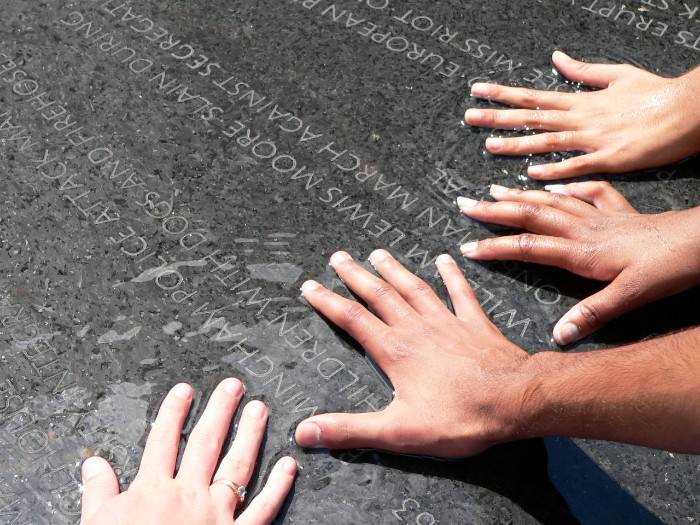 Our physical campus is closed to all but essential personnel and service providers. Our administration continues to operate remotely. We're only an email away!

Our Summer Programs will be offering virtual programming this summer for ages seven and up. Information on course offerings and registration can be found (and will continue to be updated) at www.cfsnc.org/Summer.

To see our working plans for the coming school year and preparations related to the coronavirus and COVID-19, visit www.cfsnc.org/coronavirus.